What is Nasal Valve Collapse?

There are several different causes that can lead to nasal valve collapse including trauma, prior nasal surgery (especially rhinoplasty) or weak nasal cartilage. The internal valve is situated a bit more anterior to the external valve and can collapse during inspiration, called dynamic collapse. Nasal valve collapse causes include trauma, genetics, or years of nasal obstruction, leading to weakened connective tissue in the region. Typically, rhinoplasty is one of the most common causes of nasal valve collapse, although continued inflammation or scar tissue are common causes as well.

How do I know if I have a Nasal Valve Collapse?

We can easily diagnose your condition in our either of our Los Angeles plastic surgery offices, but you can also get an idea of our condition if you have the following symptoms.

In certain cases, we may need to perform a nasal endoscopy as part of a closer examination to confirm a diagnosis.

Can you fix a Nasal valve collapse?

Yes, it is possible to fix nasal valve collapse using various surgical and office-based procedures. Nasal valve collapse accounts for over 30% of the causes of nasal obstruction, yet most surgeons will either not look for it or cannot treat it effectively. This leads to a higher surgical failure rate if incorrect procedures are performed. Sometimes, surgery to fix a deviated septum or an enlarged turbinate can unmask a nasal valve collapse.

Non-surgical treatment may include the use of allergy medicines or Breathe-Right strips.

Surgical treatment includes cartilage reconstruction to improve strength, often with a septoplasty to straighten the septum. 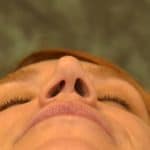 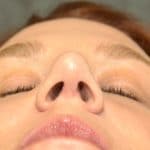 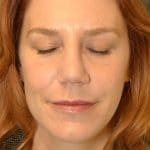 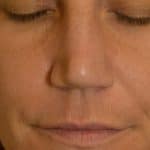 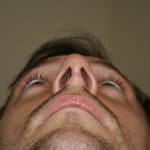 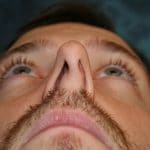 A Commitment to Excellence

Although it can be uncomfortable to have this procedure, most people can manage the pain with little to no pain medication.

Since nasal valve repair is typically done to address a medical condition, insurance can cover some of the nasal valve collapse surgery costs.

Dr. Zandifar is a double board-certified Ear, Nose, and Throat and Facial Plastic and Reconstructive Surgeon. Our office provides a tailor-made experience for each patient that makes everyone feel like a VIP. We are a boutique practice that focuses on excellence and customer care. Contact us today to schedule a consultation to discuss how nasal valve repair could improve your nasal function so you can breathe easier.